A little foray into the history of
the Golden Swan

A little foray into the history of
the Golden Swan

In the 15th century, the Golden Swan was under the ownership of its current namesake — Swane. The Swane family owned many houses in Aachen’s town square and used the “Swan” as their main house. According to the records in the city archive from 1438, the “Swan” was used as a wine tavern and coaching inn in which it also presumably served as a station for mail where the horses were switched und travelers received accommodations and provisions.  In 1460, from the sale by former mayor Stefan von Roide, at an annual rate of 17 Florins, to Johann von Ameln, the house  became officially known as the “Swan”

In the following years, the “Swan” developed into a popular local meeting place of Aachen’s “bourgeois” residents. It was equally the main exchange as well as center of societal and political communication and furthermore the main meeting place of Aachen’s guilds and unions. The “Swan” became the place to debate and talk politics and instead of imbibing wine patrons drank self brewed beer.

Little of the past remains aside from the lettering above the entrance and the old brew kettles down in the vaulted cellars. They are reminders that this old tavern was once a 19th century brauhaus, in which the residents of Aachen met over a descent beer. After World War II, the Golden Swan switched its emphasis in the kitchen and began to spoil the residents of Aachen as one of the new German “gourmet restaurants” with a simple traditional kitchen.

From 1960 to the present: The “scene” in Aachen, shrine to student culture, tourist trap…

Whatever nicknames people have been calling the Golden Swan since the 1960s ‘till now are exactly what the “Swan” is – it was, is and remains the stomping grounds for young and old. It is a modern tavern with centuries of tradition and a place where all guests of all layers of society, all nations and all age groups can feel at home. 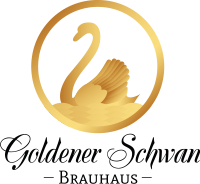 make a reservation
In order to optimize our website for you and to be able to continuously improve it, we use cookies. By continuing to use the website, you agree to the use of cookies. Learn more!